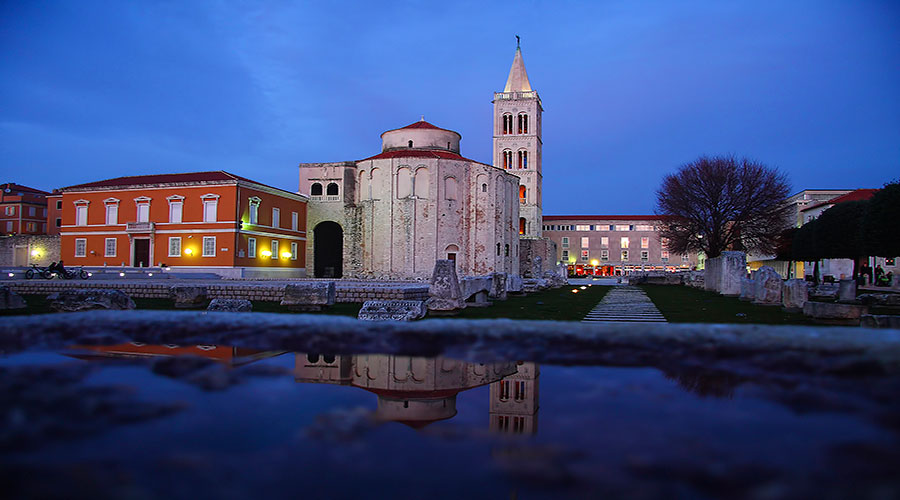 Biograd na Moru is a royal Croatian town with approximately 5500 inhabitants, situated 29 km south from Zadar. One part of the town centre is situated at the peninsula and the other part at the mainland. The peninsula itself is surrounded with two coves – the cove Bošana in the north and the cove Soline in the south. The cove Soline is famous for its beautiful public sandy beach surrounded with pine forest. In the immediate vicinity of the town centre there are two islands – the island Sveta Katarina and the island Planac. Biograd na moru has very good traffic connection. It is situated on the Adriatic highway (D8) which connects Zadar and Split, and it is about 15 km far from the motorway (A1). As far as maritime connection is concerned Biograd na Moru is a ferry port connected with the port Tkon on the island Pašman. Biograd has a central place at the beautiful riviera which includes settlements Sv. Filip i Jakov, Turanj, Sv. Petar na Moru, Drage and Pakoštane, the settlements Ždrelac, Banj, Neviđane, Dobropoljana, Mrljane, Barotul, Pašman, Kraj, Tkon, situated on the nearby island Pašman, and the settlement Vrgada on the island of the same name. Biograd – this little town with its two marinas, Marina Šangulin and Marina Kornati, offers great possibilities for nautical tourism and sailing in the Adriatic. In the approximate vicinity of Biograd there are national parks Krka, Paklenica and Plitvička jezera and the parks of nature Vransko jezero and Telašćica. For all the taxi transfers at optimal and fixed prices from Biograd or to Biograd please contact our Tadam taxi transfer service.